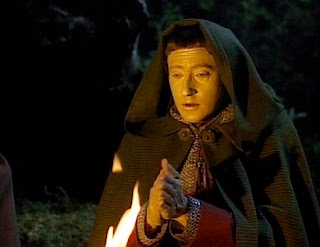 Trust, familiarity and connection between leaders and staff has often been a theme in my coaching and consulting work.  How much connection is appropriate or inappropriate?  Leadership as a lonely vigil or the belief that leaders need to be apart from staff in order to be effective arises on a regular basis.  Is this true or is there a different answer?  What better place to look for an answer than Star Trek!

In the Star Trek The Next Generation episode, titled "The Defector", Commander Data acts out a scene from "The Life of Henry V" on the holodeck of the Enterprise.  The notion is that by exploring the works of Shakespeare he will be better able to understand the human condition.  Data's director and mentor in this endeavor is Captain Picard.  The scene focuses on the King passing himself off as a commoner to be amongst his troops on the eve of a great battle.  At the conclusion of this dress rehearsal, Data expresses confusion about the King's behavior - "Captain, why should a king wish to pass as a commoner? If he is the leader, should he not be leading?"  In that regard it seems to me that Data expresses a widely-held view amongst followers and those who lead - leaders must stand apart from their staff if they are to be effective.  Picard's response is even more compelling, however -  "Listen to what Shakespeare is telling you about the man, Data. A king who had a true feeling for his soldiers would wish to share their fears with them on the eve of battle."

From my very first job as a CEO in 1986 I can recall being chided for being overly familiar with my management team and staff.  Many in my community, my Board of Directors, and even members of my own management team would often express concern about my engaging manner and style.  They took issue with me playing golf with my staff, being part of the hospital slo-pitch team, being part of the hospital hockey team, inviting people over to my house and even the notion of idle chats in the hall or sit downs in the cafeteria.  In many if not most cases, we didn't discuss "business" but rather would discuss a whole range of other topics - news stories hitting the front pages, family events, and anything else that might come to mind.  Did that make us friends?  In some cases yes, in other cases no.  Regardless, this type of interaction certainly broke down barriers and reduced or eliminated preconceived notions about "Management" and "Staff".  I believe the relationships I developed allowed me to better understand the challenges my staff faced.  In some cases it allowed my staff to understand my bigger picture and challenges as well.  Ultimately, I even developed some great relationships with previously intractable foes.  This effort certainly generated greater trust and credibility in me from those that I led.  I believe it allowed all of us to be more on the same page moving forward particularly when times were tough.

Amazingly enough, even though nearly 30 years have passed since my first leadership role (Yikes!) I still hear about and see the same adverse reaction to leaders having anything more than "business-focused" engagements with their staff.  Oftentimes this seems to develop into  executive isolation in the C-suite or a strict adherence to rules and regulations so as to not have the appearance of favoritism.   But as Picard's quote reveals, there is a great deal that a leader can gain from being amongst and with their followers.  Moreover, what the quote starts to touch on is the critical role that trust between leader and followers plays in being successful in a leadership role.  In my experience, if you can inspire trust as a leader you are in fact going to get better results, increased morale, enhanced creativity, loyalty and retention.  In contrast if you can't foster trust - or in fact engender mistrust amongst your staff - you can be assured of a range of negative results. 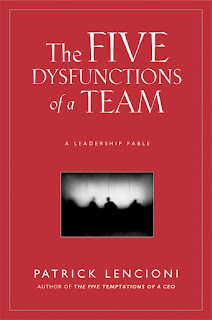 In case you see the above commentary as the rantings of Star-Trek enamored geek let me first refer you to the 2002 work of Patrick Lencioni, "The Five Dysfunctions of a Team".  In this work and in subsequent writings, Lencioni described and expanded upon what holds a team back from achieving high performance.  The critical linchpin that Lencioni identified - which was the core and base of poor performance and team dysfunction - was the Absence of Trust.  This manifested as an unwillingness of team members to be vulnerable and authentic in their group, unable to genuinely share with their colleagues, and lacking the opportunity and safe environment in which to admit mistakes and weaknesses.  Without a strong basis of trust, teams could not hope to engage in constructive conflict, nor establish a shared commitment to common goals, nor hold themselves and team members accountable to expected performance standards, and never achieve the results that they desired.  In all respects developing this trust comes from the tone set by the leader.

This concept of trust, however, is not new or a recent invention.  Starting in 1983, Kouzes and Posner began a research project in leadership that would ultimately lead them to write several acclaimed books ("The Leadership Challenge", "Credibility") and identifying the five leadership practices of successful leaders.  At the heart of their research and conclusions was that a leader must know their followers and speak their language.  People must believe that you understand their needs and have their interests at heart.  Only through an intimate knowledge of their dreams, their hopes, their aspirations, their visions, their values is the leader able to enlist their support.  I don't know about you, but it seems to be a well nigh impossible task to achieve that kind of understanding of your staff and followers if you don't spend significant time with them, earning their trust, building your credibility, and perhaps even becoming a friend to more than one or two of them. 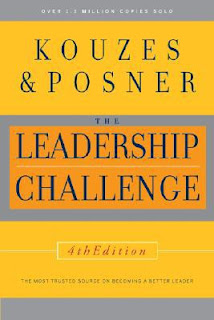 Let me put at least one qualifier out there on this leader and friend concept.  You are the leader - whether as supervisor, manager, director, vice-president or CEO.  This means you have duties and obligations that may put your friendships in jeopardy at certain points in time.  You are obligated to make the tough choices as required.  Ultimately, you can't put your friendships ahead of your moral, legal and ethical obligations.  Everybody needs to understand the parameters under which you ultimately have to function as a leader.  Just as in other parts of your world, some of your friends will be more understanding of the realities that you face than others.  Hopefully, however, based on the foundation of trust and credibility you have established by being present, available and truly engaged with your staff you may get cut a bit more slack than if you were the aloof, distant and omnipotent leader that some see as the pinnacle of success. 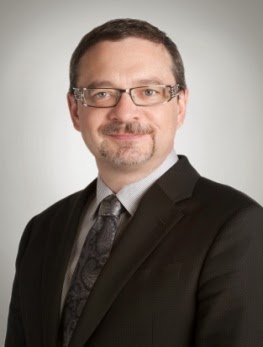 Helping leaders realize their strengths and enabling organizations to achieve their potential through the application of my leadership experience and coaching skills. I act as a point of leverage for my clients. I AM their Force Multiplier.


Posted by BreakPoint Solutions at 10:17 AM